Last month, I had the opportunity to go to Europe for two weeks with my wife, two kids, and my in-laws. It was an amazing vacation, but it took a lot of preparation, especially given that we had two kids who were still in diapers. Although I wouldn’t say the trip was easy, it was definitely manageable due to the help of Deena’s great planning and amazing in-laws! The following is an itinerary of what we did during our 2-week trip where we went to the cities of London, Edinburgh and Dublin. 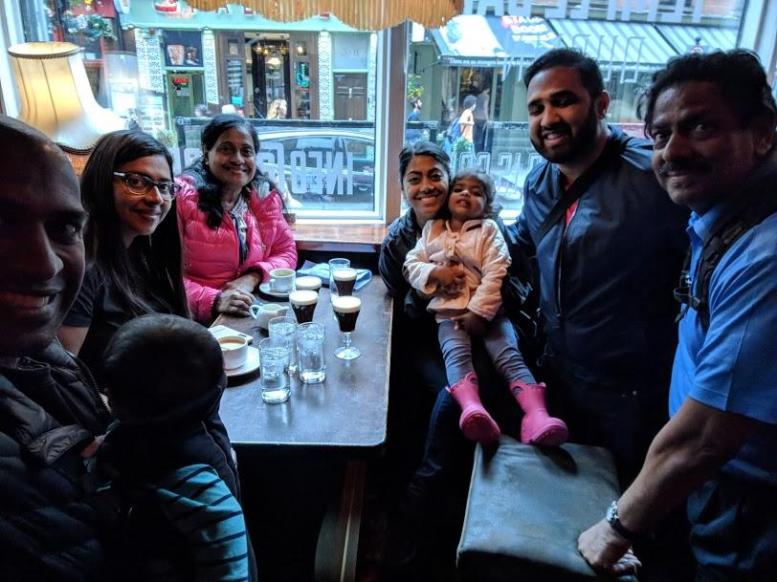 As one can see, we had a pretty full schedule, but I thoroughly enjoyed it. I don’t think it would have been possible without my wife’s foresight and our extended family, but the kids had a great time and we learned a lot. I personally don’t think I would have changed anything (except for maybe the Oxford trip), and definitely am looking back to our next trip!

Despite everything happening with the coronavirus pandemic, 2020 has been a great year for beach relaxation — the weather has been perfect, and our town of Fairfield has done a […]
Southern Connecticut Beach Review

Last week, our family had the chance to spend six days in Lake Placid, NY! We had a wonderful time — abbreviated itinerary below, followed by photos: Itinerary Day 1 […]
Lake Placid Itinerary with Kids

Last week, my family and I celebrated the wedding of Deena’s sister Danice and Alok! We had a wonderful time at initial ceremony in Tampa . . . followed by […]
Danice & Alok Wedding

One thing that I’ve seen at a couple of recent weddings is something called a ‘flower wall’, which is a beautiful wall made of lace/silk flowers to serve as a […]
Building a Flower Wall

Over the past month or so, I’ve been working on stocking a new 60 gallon aquarium. I’ve always loved aquariums in the past, and actually had a 10-gallon aquarium with […]
Glofish Aquarium

This week, my wife and I were in Scottsdale for a conference, and decided to head up to Sedona for a day trip of trail walking / hiking. Although we […]
3 Easy Hikes in Sedona

My sister got married! Quick note, but just wanted to extend a big congratulations to Matt and Amy who got married on July 14th. The ceremony was absolutely wonderful, and […]
Amy’s Wedding
Loading Comments...
%d bloggers like this: