Ever since moving to Boston for residency, I’ve always loved stout beers. I was initially hooked on stouts when my friends and I used to hang out at an Irish pub near my apartment in Beacon Hill, and since then I’ve always claimed Guinness as my favorite beer. Since residency, I’ve tried many different kinds of stouts — imperial, nitro milk, or my favorite chocolate peanut butter stout — but in the end,  my go-to favorite beverage of choice is always draft Guinness beer. Because of this, I was really excited to visit the Guinness Storehouse on my trip to Ireland.

Going to the Guinness Brewery was really easy. It’s located in central Dublin, and is walking distance from many main attractions. It’s also one of the largest breweries that I’ve ever been to. Here’s a photo of my family at the main gates.

At the beginning of the tour, there’s a self-guided tour on the different components of the beer-making process.

A discussion of water, hops, and the brewing process are pretty standard in any tour of a reputable brewery, but I was pretty impressed on the extravagant displays which were definitely photo-worthy.

One unique thing during the tour was that the Guinness factory described not only the beer, but also how the beer distribution process — i.e. how they made barrells and how they shipped their products. This was pretty cool, and they had some beautiful ship models that my son especially enjoyed. 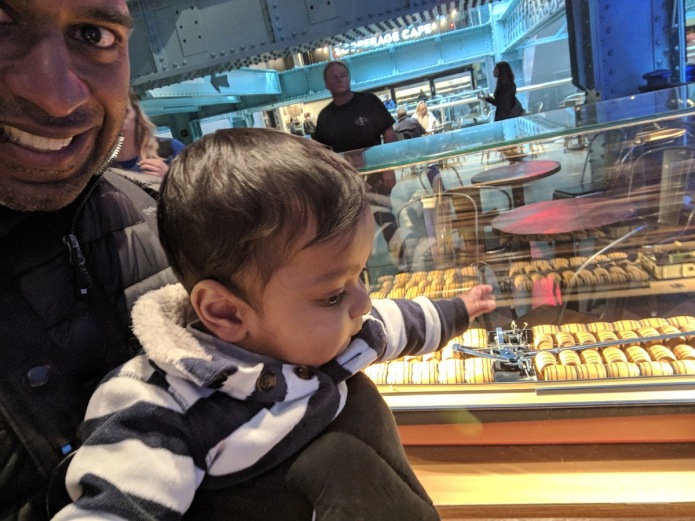 At the end of the tour, we proceeded to the Guinness Academy where we were taught to how to pour the “perfect pint” of Guinness beer. This was a really cool experience and we even got a certificate with our names on it. 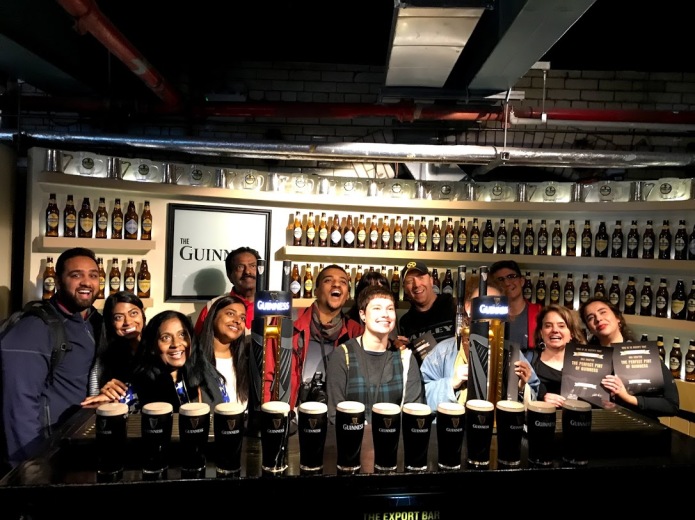 After this was done, we were taken to the top floor of the Guinness Factory which had a panoramic view of Dublin. After enjoying the view, we visited the gift shop, got some souveniers, and headed home.

One question that we kept on debating after the visit was whether the Guinness at the storehouse tasted better the Guinness in the US. Unfortunately, despite hearing the contrary from friends who had done the visit before, I didn’t find a noticeable taste difference. One of the hallmarks of Guinness is its excellent quality control — one of the cool facts about the factory is that this is where the t-test was invented — so it’s no surprise to myself that the quality is just as good worldwide. Cheers to more good drinks at home!

Despite everything happening with the coronavirus pandemic, 2020 has been a great year for beach relaxation — the weather has been perfect, and our town of Fairfield has done a […]
Southern Connecticut Beach Review

Last week, our family had the chance to spend six days in Lake Placid, NY! We had a wonderful time — abbreviated itinerary below, followed by photos: Itinerary Day 1 […]
Lake Placid Itinerary with Kids

Last week, my family and I celebrated the wedding of Deena’s sister Danice and Alok! We had a wonderful time at initial ceremony in Tampa . . . followed by […]
Danice & Alok Wedding

One thing that I’ve seen at a couple of recent weddings is something called a ‘flower wall’, which is a beautiful wall made of lace/silk flowers to serve as a […]
Building a Flower Wall

Over the past month or so, I’ve been working on stocking a new 60 gallon aquarium. I’ve always loved aquariums in the past, and actually had a 10-gallon aquarium with […]
Glofish Aquarium

This week, my wife and I were in Scottsdale for a conference, and decided to head up to Sedona for a day trip of trail walking / hiking. Although we […]
3 Easy Hikes in Sedona

My sister got married! Quick note, but just wanted to extend a big congratulations to Matt and Amy who got married on July 14th. The ceremony was absolutely wonderful, and […]
Amy’s Wedding
Loading Comments...
%d bloggers like this: